“The Queen of the Curve” The Guardian 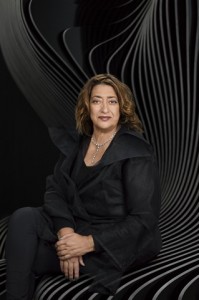 Zaha Hadid, who passed away suddenly in Miami last March was widely regarded to be the greatest female architect in the world today. Born in Baghdad in 1950, she studied mathematics at the American University of Beirut before starting her architectural journey in 1972 at the Architectural Association in London. By 1979 she had established her own practice in London – Zaha Hadid Architects – garnering a reputation across the world for her ground­braking theoretical works including The Peak in Hong Kong (1983), the Kurfürstendamm in Berlin (1986) and the Cardiff Bay Opera House in Wales (1994).

Hadid began to be known as a “paper architect,” meaning her designs were too avant-garde to move beyond the sketch phase and actually be built. This impression of her was heightened when her beautifully rendered designs— often in the form of exquisitely detailed coloured paintings—were exhibited as works of art in major museums. 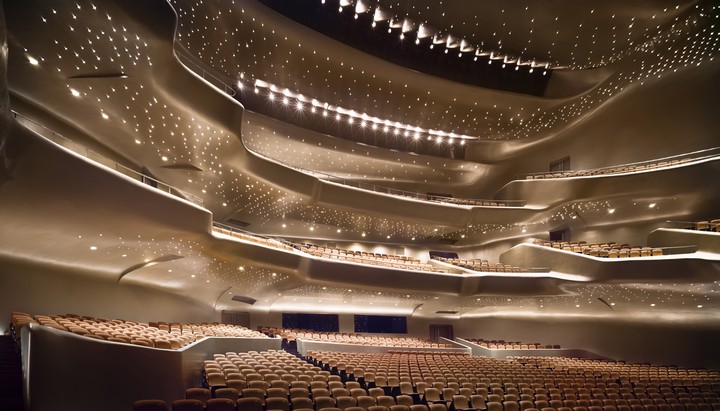 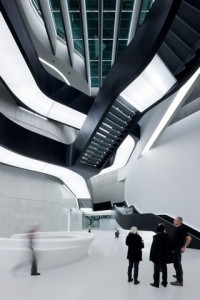 Working with office partner Patrik Schumacher, her interest was in the interface between architecture, landscape, and geology; which her practice integrates with the use of innovative technologies often resulting in unexpected and dynamic architectural forms.

Zaha Hadid’s first major built commission, one that affirmed her international recognition, was the Vitra Fire Station in Weil Am Rhein, Germany (1993); subsequent notable projects including the MAXXI: Italian National Museum of 21st Century Arts in Rome (2009), the London Aquatics Centre for the 2012 Olympic Games (2011) and the Heydar Aliyev Centre in Baku (2013) illustrate her quest for complex, fluid space.

In 2004, Zaha Hadid became the first woman to be awarded the Pritzker Architecture Prize. She twice won the UK’s most prestigious architecture award, the RIBA Stirling Prize: in 2010 for the MAXXI Museum in Rome.  She won a second Stirling Prize the following year for a sleek structure she conceived for Evelyn Grace Academy, a secondary school in London.

Zaha Hadid was recently awarded the RIBA’s 2016 Royal Gold Medal, the first woman to be awarded the prestigious honour in her own right. The Gold Medal put her on an equal footing with architecture’s greats – Walter Gropius, Le Corbusier, and Alvar Aalto. Hadid taught architecture at many places, including the Architectural Association, Harvard University, the University of Chicago, and Yale University. She also worked as a furniture designer, a designer of interior spaces such as restaurants, jewel and fashion designer and a set designer, notably for the 2014 Los Angeles Philharmonic production of Mozart’s Così fan tutte.